Hi, I am Angelo Pizzigallo

In a few words, my work explores the relationship between place, the passing of time and emotional memories.

The colours I use are distilled from both the luridity of film and the concentrated textures of our social landscape. Ever since I was a teenager I have been fascinated by the oscillation of our relationships with place and time. What starts out as visual memory, ever becomes debased into a cacophony of lust, leaving only a sense of failing, leaving an intense hybrid memory part receded recall part media overlay. That is the instant that I seek to capture in my canvases. I hope the viewer is dazzled but understanding my tribute to the emotional outposts of our era. Angelo 2017 (V) 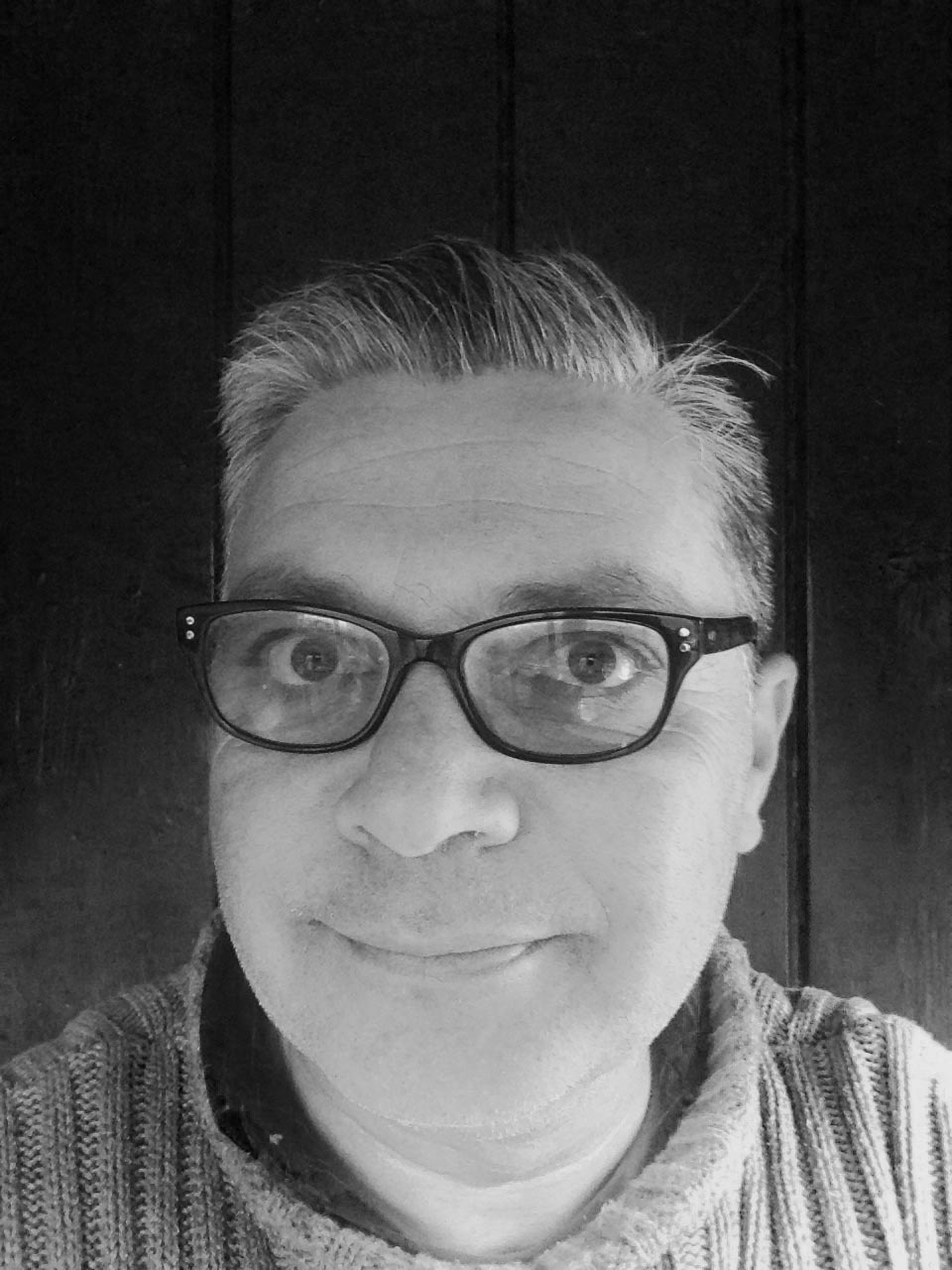 Angelo Pizzigallo (°1963, London, United Kingdom) makes paintings and drawings. With Plato’s allegory of the cave in mind, Pizzigallo makes work that deals with the documentation of events and the question of how they can be presented. The work tries to express this with the help of colour, first impression and bold brushwork, but not by telling a story or creating a easy metaphor.

His paintings are given improper functions: significations are inversed and form and content merge. Shapes are dissociated from their original meaning, by which the system in which they normally function is exposed. Initially unambiguous meanings are shattered and disseminate endlessly. By parodying mass media by exaggerating certain formal aspects inherent to our contemporary society, he often creates work using creative game tactics, but these are never permissive. Play is a serious matter to Angelo and even everyday objects undergo transubstantiation into the toys of his imagination. His works are characterised by the use of these everyday situations in an atmosphere of middle class mentality in which rejection plays an important role.
By exploring the concept of landscape in a nostalgic way, he tries to create works in which the actual event still has to take place or just has ended: moments evocative of atmosphere and suspense that are not part of a narrative thread. The drama unfolds elsewhere while the build-up of tension is frozen to become the memory of an event that will never take place. His works are often about contact with architecture and basic living elements. Energy (heat, light, water), space and landscape are examined in less obvious ways and sometimes developed in absurd ways. By putting the viewer on the wrong track, he makes works that can be seen as self-portraits. Sometimes they appear idiosyncratic and quirky, at other times, they seem typical by-products of American superabundance and marketing. His works are an investigation into representations of (seemingly) concrete ages and situations as well as depictions and ideas that can only be realized in painting. In a search for new methods to ‘read the city’, he investigates the dynamics of landscape, including the manipulation of its effects and the limits of spectacle based on our assumptions of what landscape means to us. Rather than presenting a factual reality, an illusion is fabricated to conjure the realms of our imagination. His works establish a link between the landscape’s reality and that hidden by its conceiver.
These works focus on concrete questions that determine our existence. By taking daily life as subject matter while commenting on the everyday aesthetic of middle class values. Also important is the idea of ‘public space’ and more specifically on spaces where anyone can do anything at any given moment, space that is economically uninteresting and lives primarily as part of our unified imagination. All his works are saturated with obvious ocular direction, mental inertia, and jokes. They question the coerciveness that is derived from meaning and the superficial aesthetic of the appearance of a familiar image in life or the media. Angelo Pizzigallo currently lives and works in Deal Kent.

Angelo will be teaching abroad during 2017/18

Exact dates to be finalised